Hizb ut Tahrir and the Muslim Brotherhood Should Be Banned in the United States of America!

According to Islam Watch Hizb ut-Tahrir (the Party of Liberation) is banned in virtually all Arab nations in the Middle East, such as Jordan, Syria, Lebanon, and the pre-revolution Egypt. It is banned in Tunisia and pre-revolution Libya, and also Turkey. It is regarded as such a threat that it is even banned in Saudi Arabia and Pakistan, which are already cauldrons of extremism. It is banned in all the former Soviet states in Central Asia, and since February 2003 it has been banned in Russia. It has been banned in Germany - on account of its anti-Semitism and its desire to use force for political ends – since March 2003, and it is also banned in the Netherlands. Recently also banned in Bangladesh.

Yet in the United States the group remains free to operate.

Hizb ut-Tahrir is a conveyor belt for terrorism operating openly in the U.S., so why haven't we outlawed this organization like other countries have done?  Worse than that, we have politicians and bureaucratic boot lickers LYING to us on national television that organizations like this, or the Muslim Brotherhood, are non-violent political organizations.  The Wayback retrospective search engine confirms historical connection of Hizb ut Tahrir and their links to Al Qaeda preceding 911, as well as some appalling anti Semitic comments as recent as 2003.

It is well documented that the Muslim Brotherhood in 1948 was the group that assassinated the Egyptian prime minister; and group members fought in the 1948 war against Zionist forces in mandate Palestine.


Hizb ut Tahrir and the Muslim Brotherhood Should Be Banned in the United States of America!

Hizb ut-Tahrir as defined by Wikipedia

Muslim Brotherhood as defined by Wikipedia

Hizb ut-Tahrir is seeking a global government through Caliphate including here in the U.S.

Are you ready to be under Sharia Law?


Organization of Islamic Cooperation, who just changed its name in June of 2011 from the Organisation of the Islamic Conference, could be the basis of the new Caliphate, an attempt to replace Judeo-Christian Governments around the world, including a recent conference in Chicago where they outright stated that it was their goal to include the United States in this global change in governance.  The OIC has a permanent delegation to the United Nations, and describes itself as the second largest international organisation after the United Nations.  President Obama has decided it would be a great idea to team up with the UN’s Organization of Islamic Cooperation in an effort to combat Islamophobia which may soon result in the delegitimization of freedom of expression as a human right. The international effort to do away with Islamophobia will be undertaken at the expense of United States taxpayers, of course.

Maggies Notebook and the National Review have well researched and footnoted articles you might want to read about the cooperation between Obama and the OIC.

We have to be willing to stand and call a spade a spade.  A wolf in sheep's clothing is still a wolf, and no matter how many name changes these organizations go through (like Acorn, which is alive an well under different names thanks to the Obama administration which is stonewalling efforts on two fronts to investigate the still-operating ACORN infamous for its thug tactics and election fraud) these leopards cannot change their spots. We need to repel the terror onto the "terrorists" themselves. Make those who thrive on spreading hatred and fear - especially those extremists who hide their true aims, like Hizb ut Tahrir or the Muslim Brotherhood – squirm and disperse.  Draw the appropriate line in the sand NOW and be clear that if we get it wrong...those who succeed us in trying to clean up this mess will be working for decades and consumed by removing groups like Hizb ut Tahrir and the Muslim Brotherhood from the free world - and that would be an awful waste of human capital, of time and of our hard-fought freedoms.

Hello...knock, knock...Mr. Eric H. Holder, Jr. - Attorney General of the United States, are you there?  Oh no, I forgot...you're meeting today with Muslim Leaders in Portland.  You say you're there to talk with Arab-American and Muslim leaders in Portland to discuss the department’s commitment to protecting the rights of the Muslim, Sikh, Arab-American, and South Asian communities?  You mean rights granted by the Constitution or by Sharia Law?  I'm confused.  Aren't you charged to protect and defend our homeland, while upholding the promises of the Constitution, including respect for civil liberties, a commitment to religious freedom and honor for the diversity of the American people?  So how does letting known terrorist organizations operate freely in the U.S. accomplish those objectives?
Posted by Unknown at 3:16 PM 4 comments:

FIRST do you know what ANWR is? ANSWER: Arctic National Wildlife Refuge.
Now A comparison 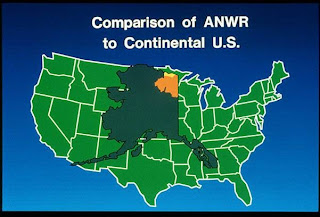 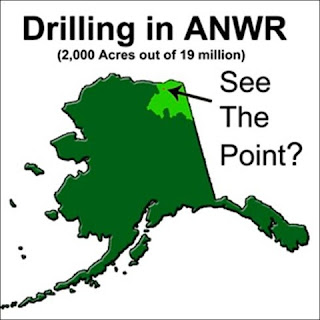 NOTE WHERE THE PROPOSED
DEVELOPMENT AREA IS?
(it's in the "ANWR Coastal Plain") 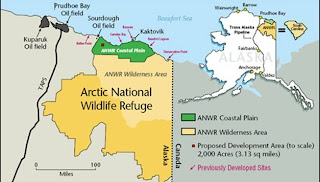 THIS IS WHAT THE DEMOCRATS,
LIBERALS AND "GREENS" SHOW YOU
WHEN THEY TALK ABOUT ANWR
and they are right these ARE
photographs of ANWR 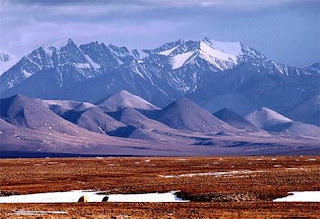 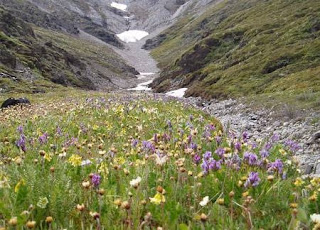 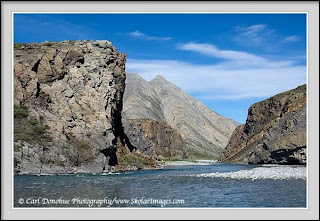 ISN'T ANWR BEAUTIFUL?  WHY
SHOULD WE DRILL HERE
(AND DESTROY) THIS BEAUTIFUL
PLACE?
WELL THAT'S NOT EXACTLY
THE TRUTH
Do you remember the map?
The map showed that the proposed
drilling area is in the ANWR Coastal
Plain Do those photographs look like a
coastal plain to you?
WHAT'S GOING ON HERE?
THE ANSWER IS SIMPLE
THAT IS NOT WHERE THEY ARE
WANTING TO DRILL!
THIS IS WHAT THE PROPOSED
EXPLORATION AREA ACTUALLY
LOOKS LIKE IN THE WINTER 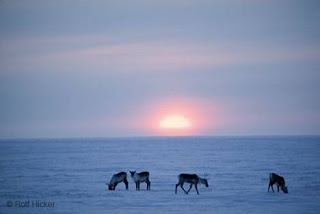 AND THIS IS WHAT IT ACTUALLY
LOOKS LIKE IN THE SUMMER 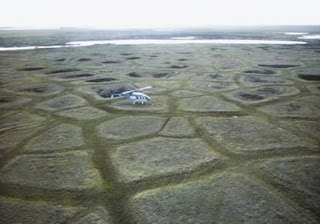 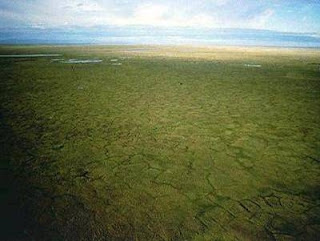 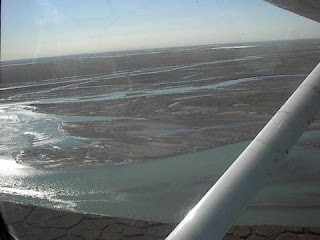 HERE ARE A COUPLE SCREEN
SHOTS FROM GOOGLE EARTH 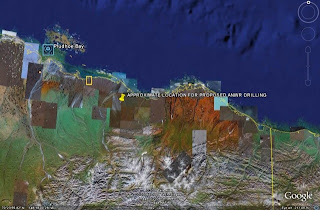 AS YOU CAN SEE, THE AREA
WHERE THEY ARE TALKING ABOUT
DRILLING IS A BARREN WASTELAND.
OH AND THEY SAY THAT THEY
ARE CONCERNED ABOUT THE EFFECT
ON THE LOCAL WILDLIFE?
HERE IS A PHOTO (SHOT DURING THE
SUMMER) OF THE
"DEPLETED WILDLIFE" SITUATION
CREATED BY DRILLING AROUND
PRUDHOE BAY *
DON'T YOU THINK THAT THE CARIBOU
REALLY HATE THAT DRILLING? 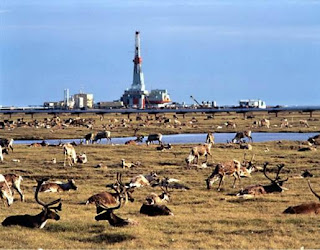 HERE'S THAT SAME SPOT DURING
THE WINTER. 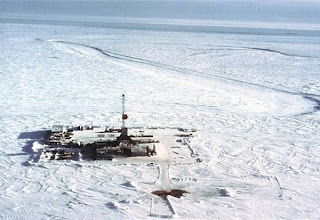 HEY, THIS BEAR SEEMS TO REALLY
HATE THE PIPELINE NEAR
PRUDHOE BAY * 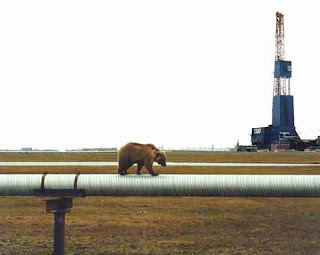 *The Prudhoe bay area accounts for 17% of  U.S.
Domestic oil production
NOW, WHY DO YOU THINK THAT
THE DEMOCRATS ARE
LYING ABOUT ANWR?
REMEMBER WHEN
AL GORE SAID THAT
THE GOVERNMENT SHOULD WORK TO
ARTIFICIALLY RAISE GAS PRICES
TO $5.00 A GALLON?
WELL AL   GORE
AND HIS FELLOW DEMOCRATS HAVE ALMOST
REACHED THEIR GOAL!
NOW THAT YOU KNOW THAT THE
DEMOCRATS HAVE BEEN LYING,
WHAT ARE YOU GOING TO DO
ABOUT IT? 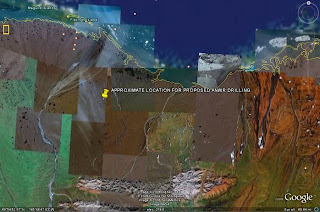 YOU CAN START BY FORWARDING
THIS TO EVERYONE YOU KNOW
SO THAT THEY WILL KNOW
THE TRUTH.
Posted by Unknown at 8:47 AM No comments:

The Greater Depression of 2012 and Why It Is Coming


If policymakers do not understand the real cause of a problem, they will in all likelihood be unable to provide a genuine solution.

The current administration and both the current Houses of Congress do not understand the real cause of our current debt crisis.  The economic blindness is afflicting both Democrats and Republicans and they are equally clueless.  They are politicians first and foremost, and they do not understand the most fundamental economic realities of free market capitalism.  While both parties are caught up in preserving the power structure and maintaining status quo in the politically elite circles, what they don't understand is that a market correction is coming which will overtake our economy and they will be powerless to stop it.  It would be unwise to count on anyone in current office, especially some Vulcan-eared lunatic like Timothy "tax-cheat" Geithner, to tell us when the Great Recession is over, or let you know that in fact we are already into the first stages of the Greater Depression.

Look, you don't have to be a rocket scientist to understand the data.  The problem is that most of the lame-stream media has so obliterated the data as to make it virtually useless and meaningless in an attempt to confuse the population.  The cause of the Great Depression was simply this, over leverage.  Excessive debt at both a personal, corporate and government level.  Excessive debt levels are the direct result of the completely unconstitutional institution known as "The Fed" providing artificially low interest rates.  You look at what Congress encouraged in terms of lending policies which were all but shoved down the throats of lenders, and to now see the politicians using the Federal Government to sue the banks which they virtually forced to lend (and by the way, they guaranteed with the full faith and credit of our government through Fannie Mae and Freddie Mac) is it any wonder that our society is leveraged in a way not even seen during the Great Depression?

The only real and viable solution to allow the natural market forces to start the correction process and begin the required healing is for both the public and private sectors to undergo a radical period of reducing debt. The coming Greater Depression is, in actuality, that very healing process at work.  The signs to watch for to see that this over-leverage is unwinding is to watch for the selling of assets and the paying down of debt.  Are you saying any of that happening yet?  Are you seeing the bloated balance sheets of Fannie Mae and Freddie Mac being realistically put into the market yet?

Unfortunately, the natural human reaction is to resist change, so our politicians and bureaucrats are focused on fighting this natural healing process by promoting the accumulation of even more debt.  This is why the Greater Depression is coming, despite what these Keynesian idiots would like you to believe.

Getting through the coming Greater Depression is going to be a painful process, but debt reduction is the only real cure for an economy swimming in an ocean of debt. It boggles the mind that during this current crisis the administration's response has been to dramatically increase its own borrowing. I'm willing to stand corrected with fact-checks, but I believe our gross national debt was equal to 65% of GDP when Obama came into office. It has since exploded to 90% of GDP!  Compare that to the level of debt during the 1930s (which never exceeded 44% of GDP) with today's pile of government debt clearly illustrates the reason for the coming Greater Depression.

Today, gross national debt and household debt are both at or above 90% of GDP for the first time in our history.

Here is the simple truth which policymakers do not understand...that the cause of the coming Greater Depression is debt.  Get your personal house in order and eliminate your debt as quickly as you can.